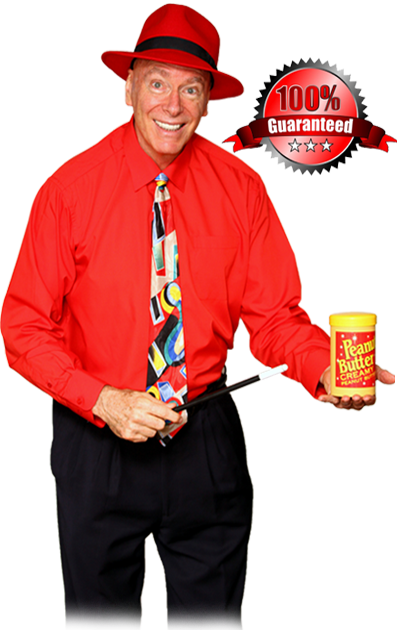 Are you having a problem deciding about your child's birthday party entertainment?

Would you like to have something that will give you many years of great memories on your video screen?
How about having a real "celebrity" at your child's birthday party?
WOULD YOU LIKE THAT?
Magic Barry is a professional all-around entertainer based in Charlotte, NC. He is not “just a magician for kids.”
Magic Barry’s magic shows for children—and their families—include more than just Magic. They also include Singing, Dancing, Comedy…and lots of FUN!
Magic Barry is a Family Entertainer, which means that both kids and adults will have a wonderful time throughout the show. Magic Barry’s shows have lots of Comedy, Singing, Dancing and Audience Participation—enough to keep everyone laughing and totally involved in what’s happening!
Magic Barry has traveled throughout the USA performing for both corporate clients and family-based events, such as Grand Openings, Open Houses, Customer Appreciation Days, School Fairs, Fundraisers, Company Picnics, and—of course—Birthday Parties.
PLUS, HERE IS AN EXTRA-ADDED BONUS:
Did you know that Magic Barry is also the famous DANCING BARRY from the LOS ANGELES LAKERS and the “original” CHARLOTTE HORNETS basketball games?
Please look around the website to see all kinds of interesting stuff…or just pick up your phone and call Magic Barry right now!At the very least, you will have a FUN phone conversation!

Click here to see what kids are saying about the Funny Magic Man!

Click here to see what parents and kids are saying about Magic Barry!

Click here to see our latest testimonials what parents are saying about Magic Barry!

$25 Bonus Discount For Your First Booking!